Earlier this spring, an excited group of STEM educators came together to participate in the first ever Raspberry Pi and Arduino workshop in Puerto Rico. 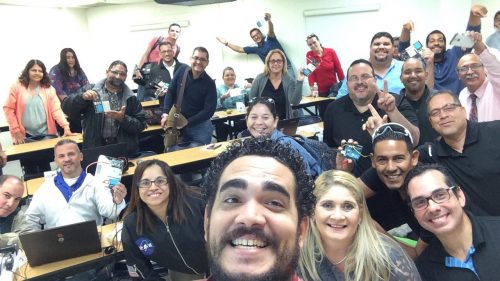 Their three-day digital making adventure was led by MakerTechPR’s José Rullán and Raspberry Pi Certified Educator Alex Martínez. They ran the event as part of the Robot Makers challenge organized by Yees! and sponsored by Puerto Rico’s Department of Economic Development and Trade to promote entrepreneurial skills within Puerto Rico’s education system.

Over 30 educators attended the workshop, which covered the use of the Raspberry Pi 3 as a computer and digital making resource. The educators received a kit consisting of a Raspberry Pi 3 with an Explorer HAT Pro and an Arduino Uno. At the end of the workshop, the educators were able to keep the kit as a demonstration unit for their classrooms. They were enthusiastic to learn new concepts and immerse themselves in the world of physical computing. 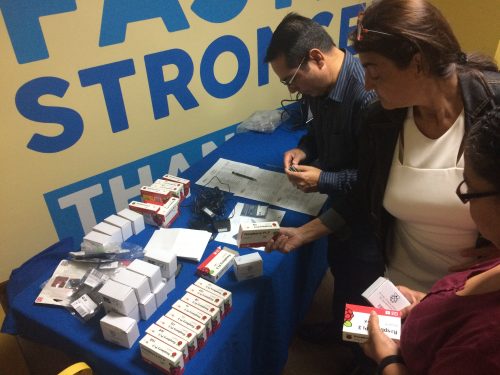 In their first session, the educators were introduced to the Raspberry Pi as an affordable technology for robotic clubs. In their second session, they explored physical computing and the coding languages needed to control the Explorer HAT Pro. They started off coding with Scratch, with which some educators had experience, and ended with controlling the GPIO pins with Python. In the final session, they learned how to develop applications using the powerful combination of Arduino and Raspberry Pi for robotics projects. This gave them a better understanding of how they could engage their students in physical computing. 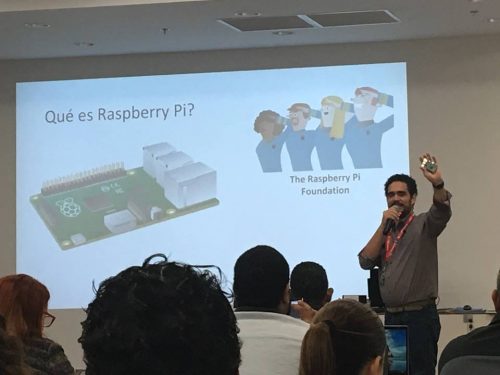 “The Raspberry Pi ecosystem is the perfect solution in the classroom because to us it is very resourceful and accessible.” – Alex Martínez

Computer science and robotics courses are important for many schools and teachers in Puerto Rico. The simple idea of programming a microcontroller from a $35 computer increases the chances of more students having access to more technology to create things.

Puerto Rico’s education system has faced enormous challenges after Hurricane Maria, including economic collapse and the government’s closure of many schools due to the exodus of families from the island. By attending training like this workshop, educators in Puerto Rico are becoming more experienced in fields like robotics in particular, which are key for 21st-century skills and learning. This, in turn, can lead to more educational opportunities, and hopefully the reopening of more schools on the island. 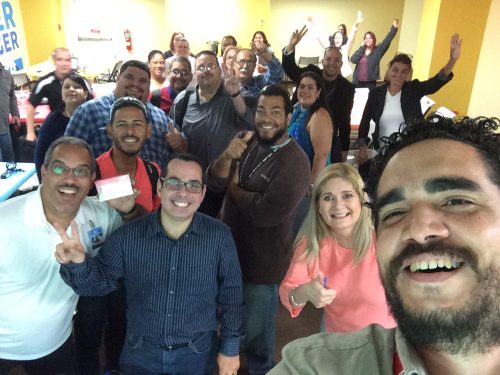 “We find it imperative that our children be taught STEM disciplines and skills. Our goal is to continue this work of spreading digital making and computer science using the Raspberry Pi around Puerto Rico. We want our children to have the best education possible.” – Alex Martínez

After attending Picademy in 2016, Alex has integrated the Raspberry Pi Foundation’s online resources into his classroom. He has also taught small workshops around the island and in the local Puerto Rican makerspace community. José is an electrical engineer, entrepreneur, educator and hobbyist who enjoys learning to use technology and sharing his knowledge through projects and challenges.

from Raspberry Pi https://ift.tt/2IES9WT
via IFTTT